In football, you can only put 11 men on the field at one time. It’s your best against their best, and while talent is critical, it’s far from everything. What is Alabama’s magical formula for success, and why do so many teams have trouble duplicating it?

A few years ago, Coach Saban asked me to present a program on communication to his coaching staff. In his world, recruiting star athletes is paramount to their success, and he wanted his coaches to make the best presentation possible to the athletes they wanted to play for Alabama.

I learned a lot of things about Coach Saban and Alabama football preparing for my three-hour program. There are a lot of coaches, managers, bosses, and leaders out there who never mix with the people on the front lines. Not Coach Saban; he is all about being on the ground level, getting “dirty” in the details. In fact, I don’t believe I have ever met anyone as detailed as he is. Meetings and practices are planned to the minute, and everyone understands what is expected of them and how they are to accomplish it. In the football world, he’s become famous for what most call “The Process.” As he puts it, “The Process is much more important than the result.”

The critical element of his success is a simple way of breaking everything down into manageable parts. He owes this technique to Dr. Lionel Rosen, a Michigan State University psychiatry professor he met when he coached there in the late 90s. Dr. Rosen studied cognitive therapy used in the Alcoholics Anonymous recovery program and found the best way to succeed was to deal with the moment, not the future or past. If you handle the moment correctly, the final result will work out.

Dr. Rosen pointed out to Coach Saban that the average play in a football game lasts only about seven seconds, and that is where he needed to concentrate. The last play is done — it’s the next play, the next seven seconds, that counts. Ensuring that his players know exactly what they have to do in those seven seconds, without hesitation, is all that matters.

The same is true in business. By breaking down what you do into manageable segments of time and function, you will be better able to achieve the results you desire. But remember, everyone needs to understand what is expected of them and how they are to accomplish it. 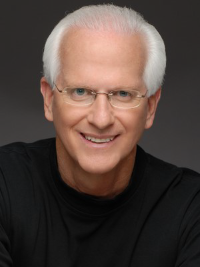 Robert Stevenson is one of the most widely recognized professional speakers in the world. Author of the books How To Soar Like An Eagle In A World Full Of Turkeys and 52 Essential Habits For Success, he’s shared the podium with esteemed figures from across the country, including former President George H.W. Bush, former Secretary of State Colin Powell, Anthony Robbins, Tom Peters and Steven Covey. Today, he travels the world, sharing powerful ideas for achieving excellence, both personally and professionally.