Two months after hurricanes Harvey and Irma wreaked havoc on coastal cities, large swaths of the United States are still reeling from their impact. In their wake, the nation has been moved as we witness numerous communities unite to rebuild, finding their bearings among the millions of dollars of flooding damage and rampant destruction. Though the wonderful people of these cities will persevere, these wounds will leave indelible scars on the affected areas.

Even with the concerted efforts of thousands of volunteers and community members alike, Russel Honore — the former Joint Task Force Katrina commander — told the FOX Business Network that an estimated “40% of small businesses don’t survive” widespread natural disasters like hurricanes. Part of this is due to raw damage, lack of proper insurance or business infrastructure simply being washed away in the flood. Other businesses can’t afford to hemorrhage money as they wait for the electricity grid to come back online, and are forced to shutter operations for good.

However, what is even more commonly fatal to companies both big and small is the loss of vital data. Many businesses can handle cleaning up flood damage, and they regain their footing quickly after a natural disaster. Still, if on-site servers, computers or network infrastructure soaks up the brunt of the water, then it’s going to be difficult, if not impossible, to get the company back to a pre-disaster point. If a company’s main server fails, it can mean thousands of hours of hard work down the drain, the loss of most clientele and hundreds of hours of downtime spent Our Mission To build a community of successful minded entrepreneurs that inspires excellence, encourages collaboration and expands the capacity of all members to achieve great things. Continued on page 2 Creative Consultants Group, Inc. November 2017 This monthly publication provided courtesy of Bill Hinson, CEO of Creative Consultants Group, Inc. One hacking technique you may not have heard of is the KRACK exploit, which takes advantage of a vulnerability in the WiFi network. Read details here: www.getccg.com/krack/ November 2017 KRACK Hacks: What You Need To Know How The Cloud Could Have Averted Disaster For Hundreds Of Companies Affected By These Catastrophes CCG’s Tech Chronicle November 2017 desperately trying to recover key data, which usually remains lost forever. But if, prior to catastrophe, a business has migrated their precious data to the cloud, they’re going to have a much easier time getting back on their feet and going straight to work. Even if an entire business is leveled, with cloud computing, employees can easily access the data central to the company’s operation and keep it afloat in the interim.

“The cloud sidesteps these concerns almost entirely, guarding your data behind highly secure cloud-based computing solutions and providing you with numerous backup options.”

Most cloud services back up your data with several levels of redundancy, making it almost impossible to lose it all, regardless of what may come. Whether it’s earthquakes, hurricanes or solar flares, you can rest easy knowing that your data is safe and sound and ready for you to access it. It’s a much safer, more secure way to go than having a server lurking in your back office, where it’s far more exposed than you might think. 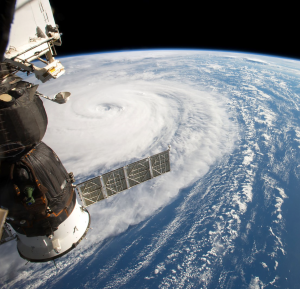 This principle applies not only to environmental disasters, but to numerous other ways companies lose data each and every day. Whether it’s a disgruntled employee damaging or stealing precious data, or a hacker snaking their way deep into your systems and holding them for ransom, it’s all too easy to lose localized data. Some business owners feel uncomfortable holding their data off-site, citing security concerns, but it’s quite the opposite: the cloud sidesteps these concerns almost entirely, guarding your data behind highly secure cloud-based computing solutions and providing you with numerous backup options. Not to mention, according to a 2012 Alert Logic report, “on-premises environment users actually suffer more incidents” than those that use the cloud, and also suffer “significantly more brute force attacks compared to their counterparts.”

While it’s true that not every business is right for the cloud, it’s certainly something business owners should look into if they want to ensure the longevity of their company. If you’re interested, sign up to get our free cloud computing report here: